We were treated to a safari in the Masa Mara National Reserve for the last couple of days. This morning we had breakfast together in preparation of going to the orphanage during breakfast Burt Matthews asked for memories or moments of our time here that have stood out. Not one person mentioned anything to do with the safari (although amazing). Every person that shared spoke of moments in the various villages and schools we have visited so far. Burt Matthews shared a memory of our time in Kambini pre-school, of the children painting or how organized they all were when the teacher told them to line up for the bathroom (a square of ground surrounded with Palm leaf walls without even a whole in the ground). He also talked about the joy all of the children radiated during the finger painting activity. Spencer Matthews spoke about the beachball rugby/keep away match and Matt Jensens Hershal Walker like moves at the school in Boheka. There was a memory shared of the children at the Steven Michaels school and their sheer joy while playing the follow me game. My memory is of our time at the Kizurini Special school and while there is still some changes needing to be made in integrating the children with disadvantages into the standard classes. Seeing the children with disadvantages smile with joy and happiness regardless of their circumstances combined with the strength and determination of the mothers as well as grandmother’s to ensure their children were given an education will forever live in my heart. After our breakfast we traveled to Nairobi the were met by Steven Kylao the director of Unitied in the Hope of Africa then traveled by bus to his school/orphanage.

Steven has an amazing story. To be brief his journey to where he is now began when his brother came to him informing him he could no longer raise his own children asking Steven to please take them from him and raise them ( Steven’s brother had just lost his wife and was consumed by grief) What began as a dire request from a brother quickly became a passion to do all he and his wifeFlorence could do for the abandoned and forgotten children of Kenya. United in the Hope of Africa is located in the second largest ghetto in all of Kenya, Soweto. (Please take a moment when you can to Google Soweto and United in the Hope of Africa)

Arriving here for the second time I was amazed at the improvements Steven and his staff had been able to complete in two short years. This area used to be a small courtyard, there are now separate bathrooms for the boys and for the girls. As well as more beds for both boys and girls in separate floors of the school. 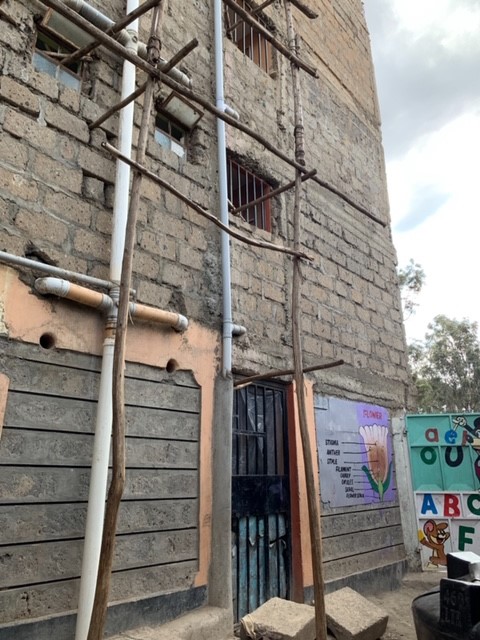 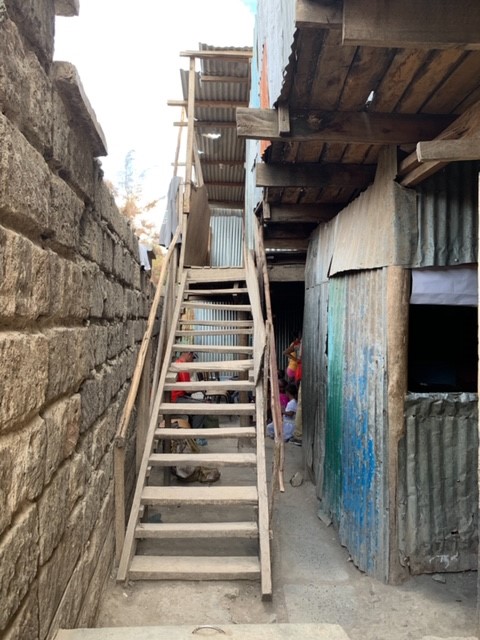 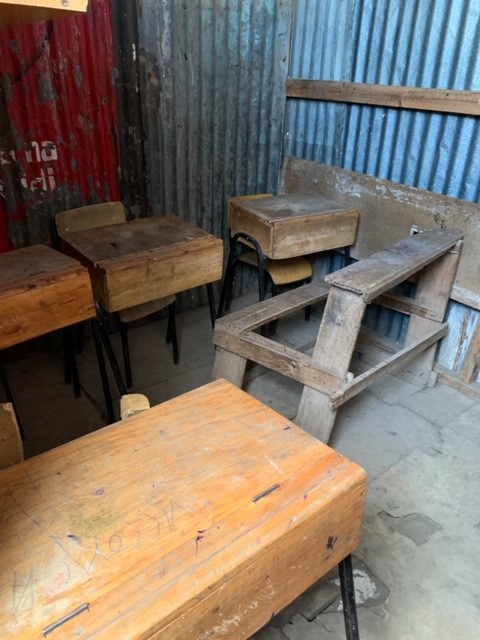 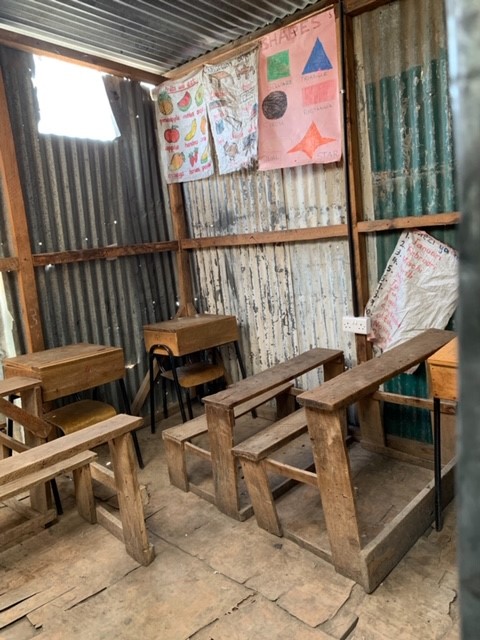 We were entertained by singing and dancing by the children. All of the children were happy to see us as the teachers had declared it a holiday so there would be no school today. After the amazing entertainment it was time for our presentation. Jen Matthews and Spencer Matthews had really planned quite the surprise, they were going to make rice crispy treats for all of the children. (For those of you outside of Utah rice crispy treats is a staple desert of nearly every home). This was quite the under taking to first make them over a propane tank with a single burner attached as well as even finding the ingredients, thankfully we had Florence, Steven’s wife help us with that part. After we served the children the sugary treat it was then even a bigger exercise in getting the children to get organized so they could receive the school supplies we had brought pens, pencils, school bags, tooth brushes, as well as other supplies. Someone (no names mentioned) (Spencer)included Kazoos so imagine 100 children all playing Kazoos at the same time after getting hyped on sugar. Spencer and Jen Matthews have a very special place in their hearts for United in Hope for Africa so the surprises weren’t over yet; they had also brought a small movie projector as well as educational and children’s movies for Steven and the children. Once the supplies and gifts were handed out we gathered to watch Levi attempt to fly the photography drone, this was hilarious to the children since two birds immediately started trying to defend their turff and began dive bombing the drone; this resulted in uproarious laughter from the children.

We then gathered to look at carvings made by Steven and members of his tribe the Kamba tribe. As many of you are aware this is the same tribe that Grant Victor Cares arranges to get the Christmas carvings they send out to partners. Everyone on the Grant Victor travel teams is always sure to bring some personal spending money in order to buy some carvings to support United in Hope for Africa. Once this was complete is was time to say goodbye and meet Buffalo and Juma at the Nairobi airport to collect our checked baggage, repack to accommodate the recent purchases then head into the airport for our trip home.

Now that we are all on the flight home, it seems surreal to have been gone for such a short period of time filled with so many memories that will live within us forever. The smiles, the joy, the appreciation and the love that has been shared with us carries with it the strength and resilience of the Kenyan people. Thank you for everything you’ve done to help our efforts we humbly thank you and love all of you!