Hello once again from Kenya! Or shall I say “Veroni” as they greet you in the district of Keleloni.

Today we were up bright, early, and on the move.

We quickly realized in the morning that we were in for an unforgettable day as our hosts in the village of Nguluweni greeted us with a welcome fit for kings and queens. Literally HUNDREDS of both school age children and adults helped lead us in a small parade from the road to the office of their school. There was chanting, drums, and red, white, and black, dotted the faces of all our new friends as they took us by the hand and danced our way through the complex.

After we had settled in, our visitors took us on a short hike to their watering hole. We say short, but by the time we had arrived we were dumbfounded to learn that these people walk this 2 mile journey about six times a day just to provide for their daily needs. The women here have to have strong necks, for they carry the water on top of their heads the whole way. Most members of the group who attempted to balance the bucket had to reach up with their hand to catch the bucket from falling after only a second or two. It was extremely humbling to see these people reaching down with makeshift plastic buckets they made by cutting holes through the tops of what looked like old milk jugs, into a pool of brown water. These people are incredibly resilient.

We then had the pleasure of shadowing our hosts in other daily chores. We broke into small groups and each visited a different section of the village. We watched (and attempted to participate) as women ground maize into corn flour with large sticks and a hand rolled millstone. We even saw a man demonstrate how they climb 30 foot tall coconut trees to gather the fruit and even make their own liquor from it. Spencer and Cheryl were brave enough to attempt the climb (at least a small part of the way), and only Cheryl had the courage to sample the liquor. Another interesting site was getting a close look at rice plants (they seemed to look a lot like wheat!).

Today we definitely got out of our comfort zones. During the groundbreaking ceremony for a new school to be built in Nguluweni, everyone was ushered onto the dance floor by native artists decorated in feathers, beads, and shells. Jen and Spencer were even remarried according to local custom as dancers circled them. Burt and Steve were given honorary titles with native names, and Johnny and Addy were dressed in traditional clothing that they might wear as school children. The most humbling moment of all might have been when Spencer and Jen were gifted a pregnant goat, we lovingly named Beatrice. This is a symbol used to encourage a new couple to bear children, so next time you see Spencer, ask him if there’s another kiddo on the way!

After students and local officials spoke, we sang “We Bring You Love”, a song written and lead by our own Dea. The song was powerful and got children and other members of the community to join in and dance with us in a massive circle of people.

The actual breaking of the soil then began, as Burt, Steve, Spencer, a local government official, teachers of the school, and other locals began thrusting their shovels into the earth. In all, we are building two classrooms, a teachers lounge, and a latrine and water cistern that the community is responsible for digging and filling. The community’s primary responsibility is to provide water for these jobs. They must fill nine 15,000 litertanks for water for construction (cement, block making). This equates to nearly 7,000 trips back and forth from the watering hole, hauling large buckets up a large hill back to the site.

We each were blessed with a different age of children to teach today. Our lessons started late after time flew by as were celebrating, so Steve and Zoli bought 700 sodas and 1600 pieces of bread for the kids because they hadn’t eaten all day. Classes ranged from talking about different types of animals with the small children to using candy to talk about economics and trade with the oldest students. A group of kids around 10 or 11 years old watched in awe as Johnny showed them his skills on roller skates and taught them for the first time about the game of hockey. The kids were so excited to receive small toys like twirly hand spun helicopters, animal masks, and of course American treats.

The day came to a close with an electric game of “Burto-ball”! Essentially this game is played by chasing after an oversize beach ball as dozens of people try to knock it out of your hands and take it back through the opposite goal posts. Kids were laughing as they tripped and fell to the dusty ground and Jon unforgettably was seen running with the colorful ball high above his head and his beard poetically flailing in the wind! The kids had a hard time seeing us go, and even asked some of us when we would be coming back (a tear drop just fell on my keyboard).

It was another amazing day, friends! We hope you are all doing well back at home and we will send word from our adventures again tomorrow! 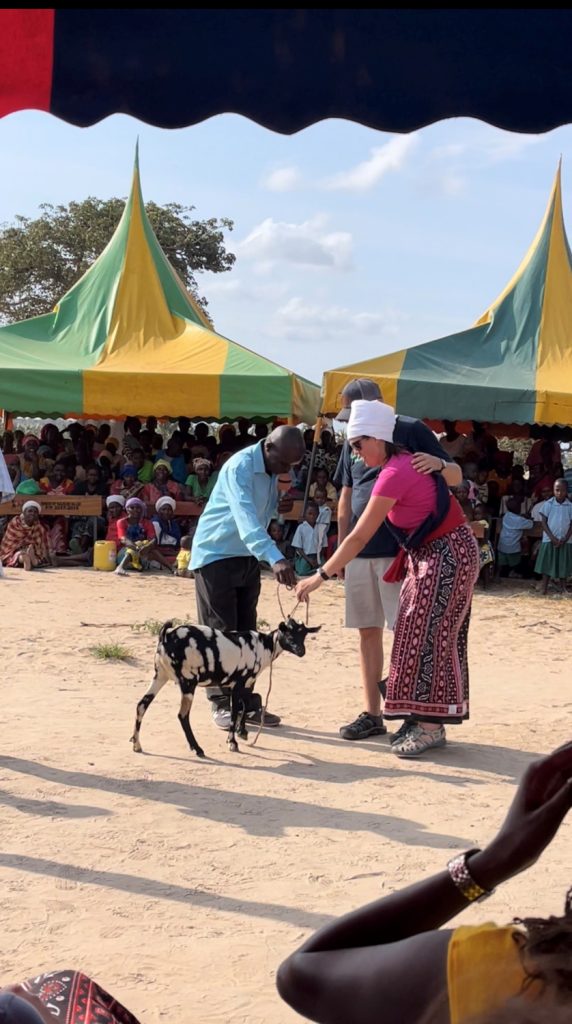 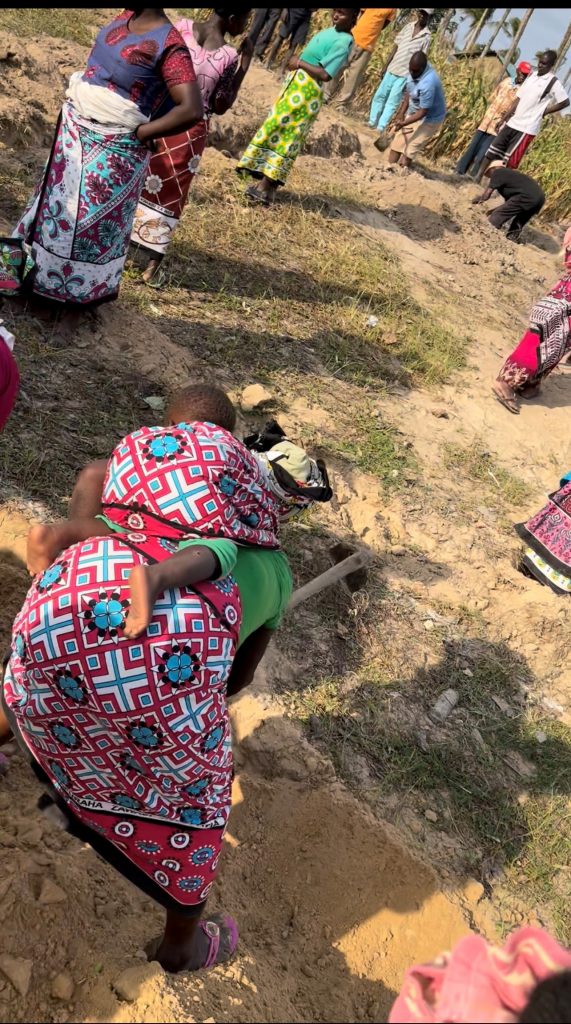 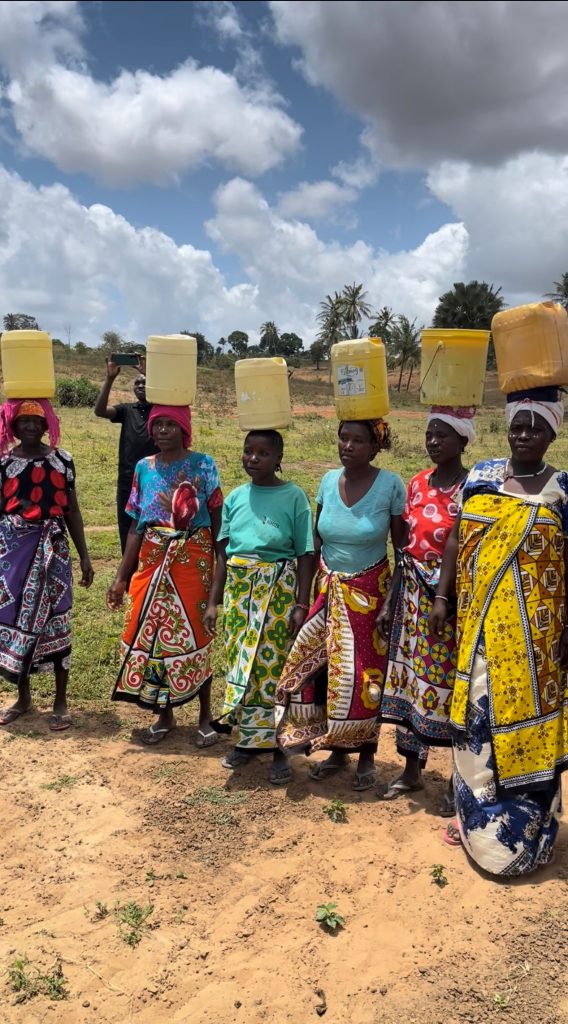 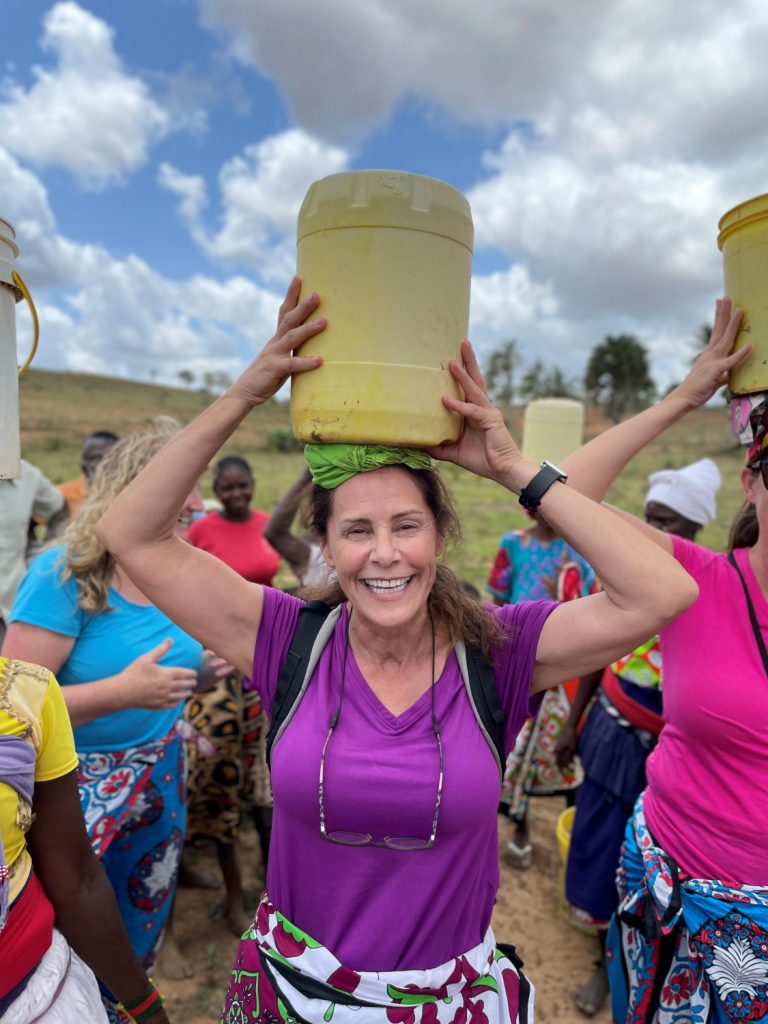 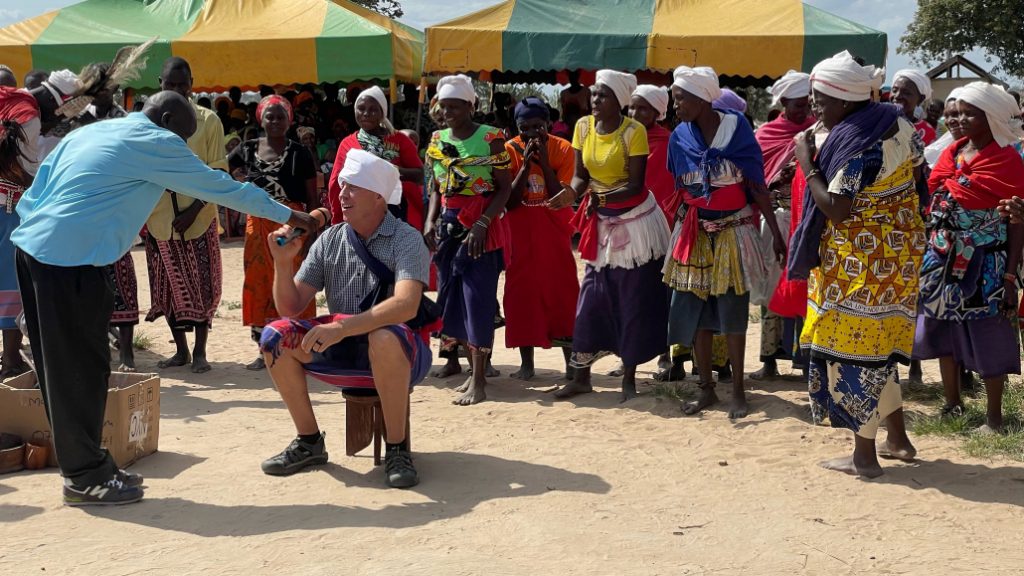 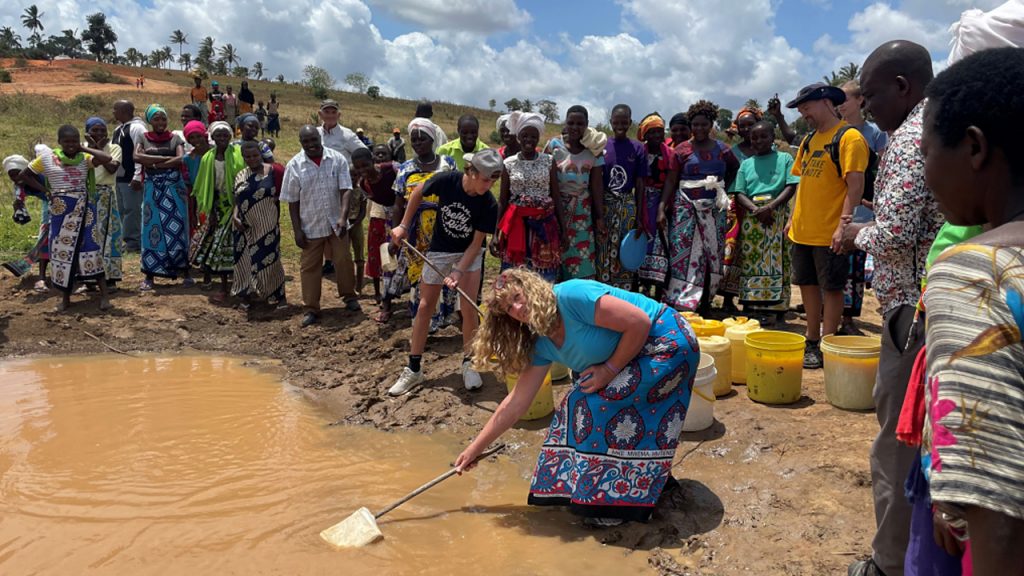 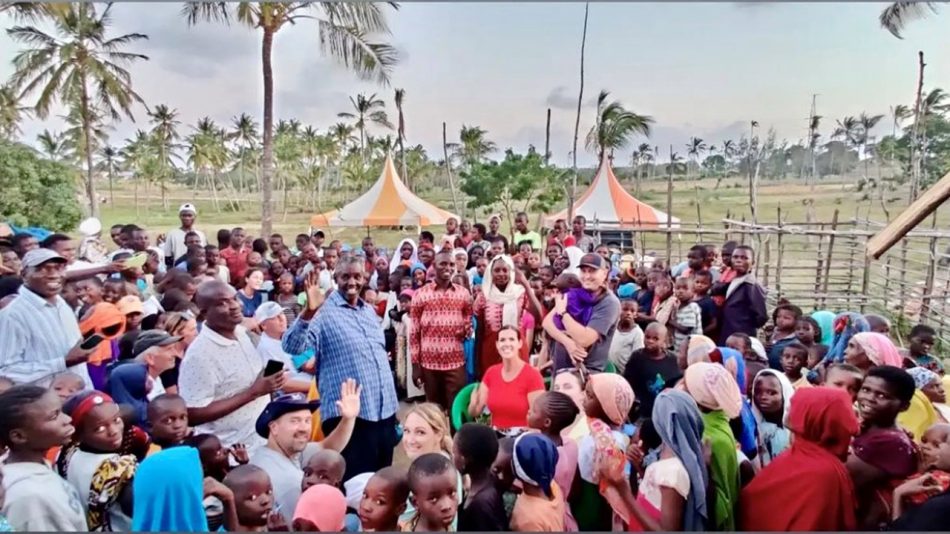