Our first night in Rabai was filled with very strong wind and rain storms causing many to wake during the night. Breakfast was ready early so we could eat and then leave to the village of Kazameni where the Kangakamo school is located. Getting to the village, as with most locations, requires travel on bumpy dirt roads. We drove to a certain point where the drivers said it was no longer safe to drive on the wet and muddy roads. They told us we would have to walk the remaining three kilometers. Seth and Trevor quickly learned that the Kenyan clay soil is very slippery when wet and fell on the muddy road. Trevor was happy that he didn’t damage any camera equipment. Butt (err Burt) happened to be recording Seth when he fell, be sure to watch for the graceful fall in the first out takes video.

As we neared the Kangakamo school we were greeted by singing children who were singing a special song, “Welcome, welcome to Kazameni. We are happy to receive you.” These children will move from their classroom in the mud hut and the stones under trees to the new school with desks on Thursday, a day after the handing over ceremony.

Once we arrived at the school we were greeted by Buffalo (a Koins employee) and his team of forty workers which he introduced to us. It was an honor to applaud them for the fine workmanship. We met the Foreman and his assistant, the brick masons, the painters and the general laborers.  Lastly, and most importantly, the women who walked a few kilometers each way to get water for the cement and mortar were introduced. They collected on top of their daily chores. Buffalo said “getting water for the school was hell.” It was approximated to be almost 1,000 five gallon buckets of water carried on their heads. 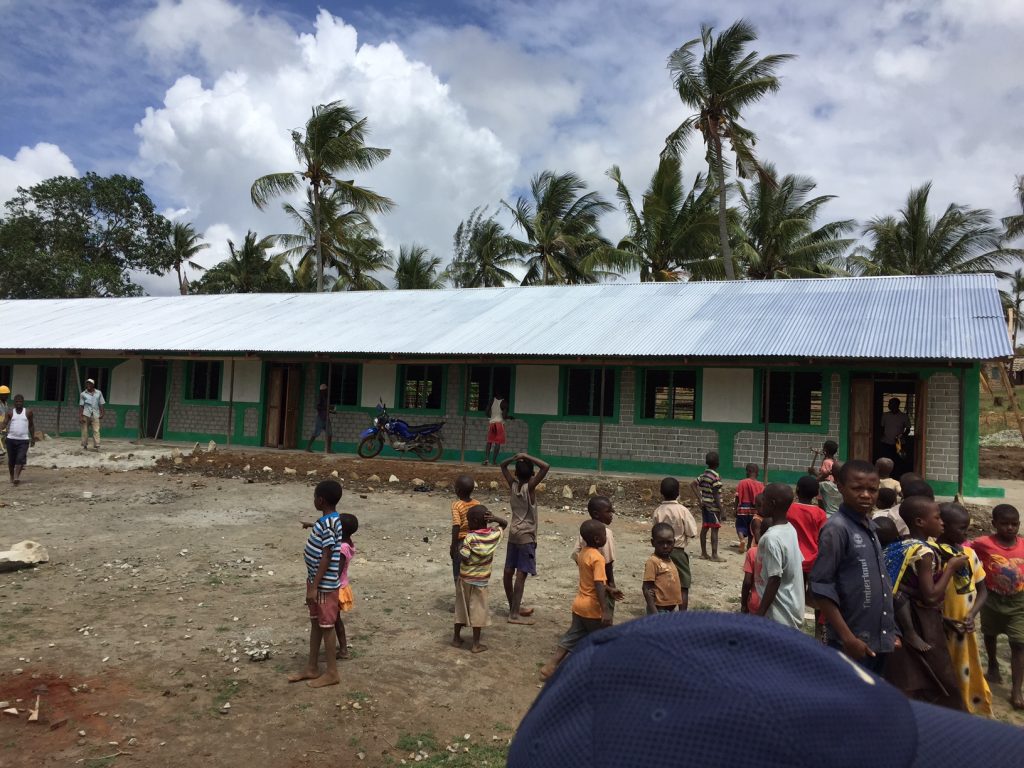 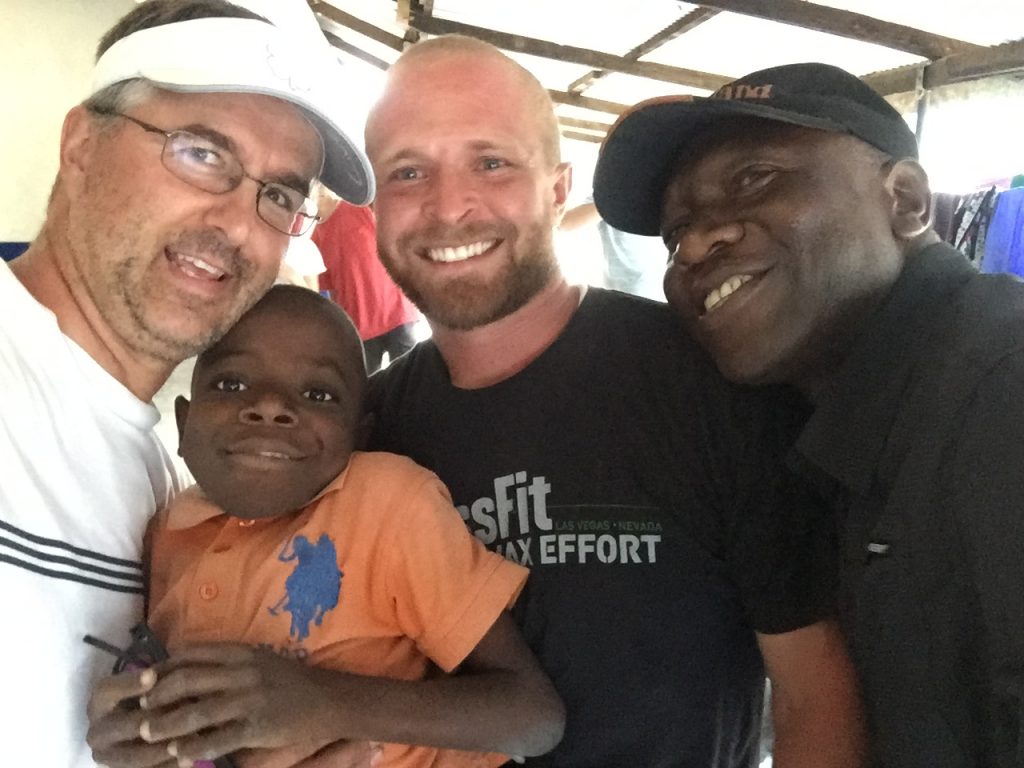 We went to Kazamemi to build desks, work on the mural and have the five American women in our group shadow the Kenyan women in the village. They started by doing a few chores including sweeping the dirt floors, making tea, going to the fields to pick some plants (weeds) to boil and prepare to eat (note they didn’t eat with the Kenyan women), shucking corn, shopping at the store (a small mud hut in the village) and finally heading to the watering hole to return with water buckets on their heads. Katelyn had a baby strapped to her back while doing a few chores. Abby said “the work these women do every day is very hard”.

The men assembled desks. Seth commented that the guy with the small hammer could strike the nail three times and it went in perfectly. TJ lead the crew to start mapping out and drawing the mural designed by Mandee. It was hot and arduous work but with the help of Jory and Todd we were able to get the mural drawn and ready to be painted on Tuesday.

After returning to Rabai for lunch, we headed to the Sean Michaels School, a school for disabled children. Some of the children attend a nearby elementary and we learned that a few the children, despite their physical disabilities, have become the top students in their class of 80 or more students. We were able to play games similar to Duck, Duck, Goose. Todd was declared the winner (err loser) in two games. The Sean Michaels School once had solar power but it broke and they no longer have power. We were able to leave them solar lights donated by Grant Victor customers.

As we left the school, the children sang a song over and over which had one statement: the words are: “Thank you, Thank you very much for what you have done”. Despite their disabilities these children were very happy. It was an inspiring moment for each of us.