Jambo as well as Veronee friends and family,

Today our plan is to go to Boheka, to break up into groups and teach various classes. Then to begin painting the mural that we weren’t able to start yesterday due to the rain. Side note, in this region of Kenya just a short distance can make the weather and climate vastly different. This morning we awoke to a gentle mist like rain, so with great hope we will be successful in painting the mural. As we drove to Boheka we passed small groups of Kenyan people, the amazing thing is nearly everyone smiles and waves. Seeing this again made me think of how much we are lacking for the most part this type of interaction in the states. At this point of the trip I have to admit I’m quite emotional and have found myself choking back tears from time to time. This is something I’m sure others that have made this trip can relate to, seeing so many stranger’s genuine smiling faces waving back at you is touching then combine that with all of the joy and love shared with all of us can be over loading; but a welcome overload.

We arrived in Boheka around 10:30 AM Kenyan time some of us started laying out the mural, others began to go to the classrooms to had out supplies. Once the supplies were handed out we then gathered to discuss the next plan. Before we could begin the next step we were told some of the mothers of students had gathered near the Mango tree and that our presence was requested. They had decided to give each of us our Kenyan names (this is a tradition of Kenya for appreciated foreign guests.) Mine was determined to be Mraphai translated it means I am from Rabai and now considered part of the tribe/family.

After this it was decided that due to the mural needing a smaller group in order to keep things organized; the rest of us would divide up and take different tours of the surrounding village. (This is while the children at the school had lunch) Brynlee Nedham, Rhet Nedham, Matt Jensen, Levi Whitney, Buffalo, and myself (Christopher Rawson) in our tour group. Brynlee has continued to be an absolute rock star to the women of every village we have visited, Boheka turned out to be no different. She was asked to help out with the daily chores that would be required if she was a member of the family. Brynlee deserves some real cudos because she jumped right in, following instructions implicitly. The first chore was removing the kennel from the corn cob and begin to sift it. Then the corn put into what can be described as a 18-24″ pestal then mashed down with a large piece of wood with nearly a 5″ diameter and 3-4′ high. After this the corn is sifted again and the chaff is used to feed the livestock the remainder is used to make a Kenyan staple called Ungali. At this point of the tour the men were asked to go with the elder men of the village to see some of the other daily endeavours such as climbing a coconut tree to pull the ripe coconuts. Another daily chore is to collect the coconuts that have ripened. During this we learned that the men also make a coconut wine. There is very little to zero waste of the natural resources available to the members of the village. Once the school lunch was over we headed back to the school to finish painting the mural and to teach the various lesson we have chosen to teach. 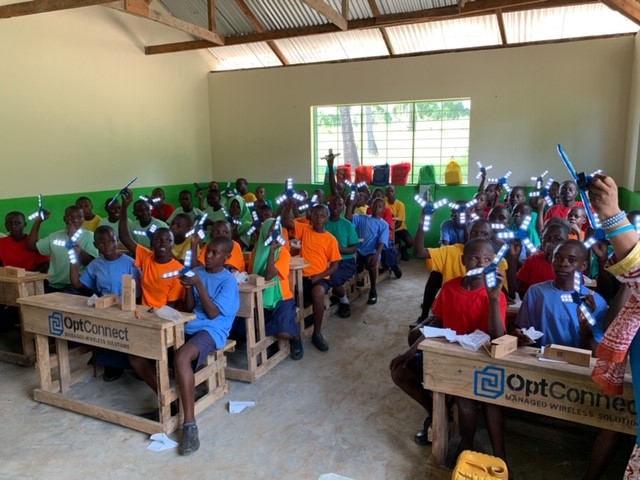 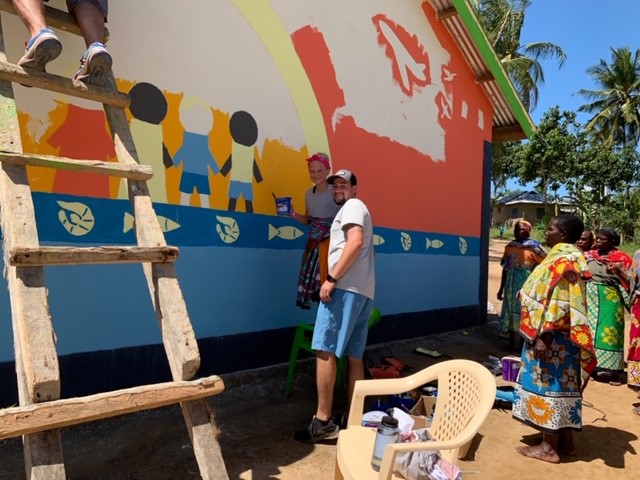 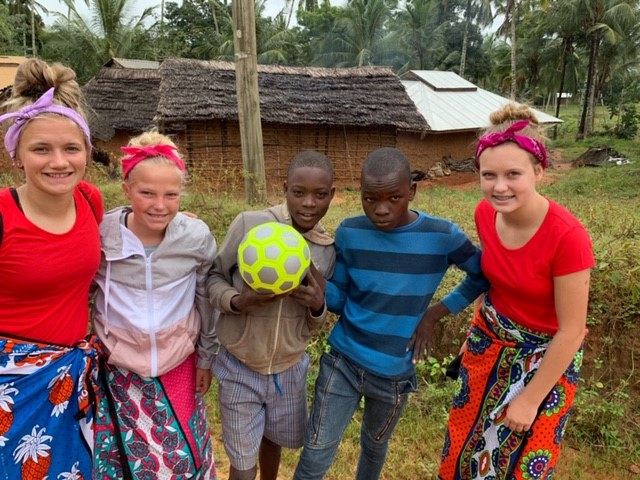 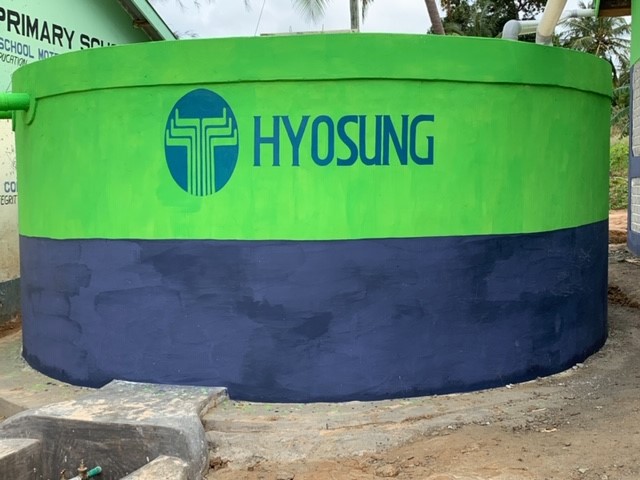 Spencer, Jen and Jacqueline Matthews, had decided to teach as lesson on music and dance. In typical Spencer humor he joked around with the boys in the class he was teaching and said that his daughter Jacq’s is looking for a boyfriend”. This turned out to be even funnier because their lesson ended with a request for a volunteer to slow dance with Jacq’s. Spencer’s dance partner was the head teacher Ester ( a very stern woman with a beautiful smile), when Spenser dipped her at the finale of the dance the class erupted with laughter. Hearing over 100 children erupt in spontaneous laughter creates so much joy and happiness to everyone hearing it. Once the lessons were concluded we handed out solar lights that are a direct result of your charitable contributions. These lights are something that helps each child’s family as they have the ability to have light in the dark. After the solar light were handed out it was time for recess, it began with a beachball rugby game with the oldest children versus us and the younger children. I hope to send you some photos or video it was so much fun. At the same time some of us were still working on the mural which was really coming together at this point. (I’m sure it might seem like today was just a big party but truthfully it has been work) once the mural was completed we climbed into the vans to depart back to Mama Kamoti’s home. As we were driving home you could feel the approaching storm. When we arrived home it began to rain again, another important thing to mention is that is if we had not left when we did we would not have been able to get out of the village due to the muddy roads. Arriving at Mama Kamoti’s home is always a much appreciated destination, today many of us are sunburnt and spent, but our spirits are high and we all are changed, our hearts run over with the love and appreciation we have been shown as well as the love we feel. My challenge for those of you, wherever you are is to smile at strangers, to stop and talk to those you see whenever possible, and finally to be kind to others and yourselves. We thank you and love you! 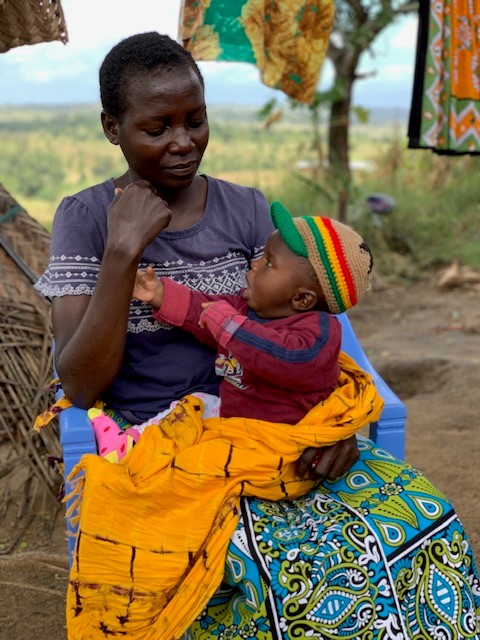 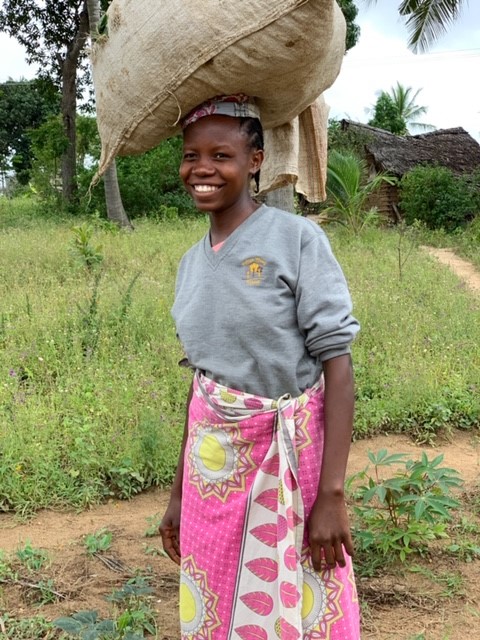