One thing I should mention is we have been without power at Mama Kamoti’s home for the last couple of days… This has made the evenings even a little quieter than the other already quit nights.
Today we have much planned our first stop will be at Ribe health clinic to provide medical supplies, provided again by your contributions. Arriving at the Ribe Health clinic we were greeted by staff and several of the village elders as well new mothers. We dropped of Ibuprofen, thermometers, bandages, a blood pressure monitor as well as baby blankets. The baby blankets are always highly appreciated by the new mothers, this is why most of them were there to greet us. We spoke with the staff as they explained the circumstances of the facility as well as what their typical day looks like. Nancy the nurse on duty explained she is currently the only ly nurse on duty. Her typical work week consists ofseeing nearly 125 patients while working 50+ hours a week.

Our second stop would be the Kizurini Special school. This school is just outside of Rabai, the Kizurini school is a combination of primary, secondary and the Kizurini Special school. As we toured the school I noticed children not matter the disability or condition were smiling and seemed to be happy. The Kizurini Special school is for every kind disability, birth defect or other condition considered outside the norm such as ADHD. This school is needless to say in dire need of assistance. We were asked go to a small building where we were greeted by the teachers and students of the Kizurini Special School. They welcomed us and introduced themselves. Then discussed some of the students circumstances. Then showed us some of the crafts they have taught the children to make to assist in fundraising. The schools intern chairman Silas Zuma sat down and was kind enough to discuss some of the operational procedures of the school. Such as besides the few teachers the entire workload for the school falls on the shoulders of the mothers and grandmother’s of the children. The volunteers work for a week at the school then rotate out out for another group of mothers to come in and assist. The sad reality is that for children born with these conditions it is most common that the father will abandon the family and divorce his wife leaving them to face the stuggles alone. Earlier I mentioned grandmother’s we were fortunate to meet two incredibly strong grandmother’s that were at the school volunteering. (my apologies for forgetting thier names) the first grandmother was there because after the father left the mother decided to as well. This grandmother was in poor health herself but smiled a smile that captures your heart. The second grandmother was there because both of the parents had died from AIDS. The Kizurini Special school was started with a budget of only 5,750 shillings to break that down that’s just around $57. This school again is another school that is not receiving any funding from the education ministry. We spoke further concerning other costs and Silas explained to me that to feed a child for a month it costs 300 shillings ($3.00), this is due to the fact the volunteers grow a vegetable garden to help offset the cost. After handing out supplies we asked if we could entertain the children so we began a game of Simon Says this was while Burt and Spencer were trying to quietly pump up a beach ball with a small battery powered compressor. As you can imagine this was quite fun for all involved. Especially considering this was not a game that either the teachers or students were familiar with. The surprising thing to me is the children did better than the teachers. Once the beach ball was filled we all sat in a circle and hit the ball around to each other this was extremely enjoyable to the children causing them to erupt in smiles and laughter. This was a very emotionally charged visit for me, just thinking about all the hardships and struggles that have been left to be faced solely by the mothers/grandmother’s and children. Yet they face them with smiles and courage left me unable to contain my tears completely. I wish you could all have been with us today and felt the strength, determination mixed with the urgent call for help. 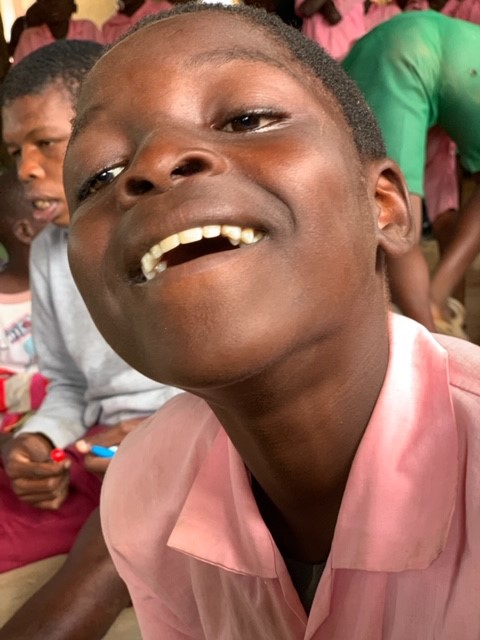 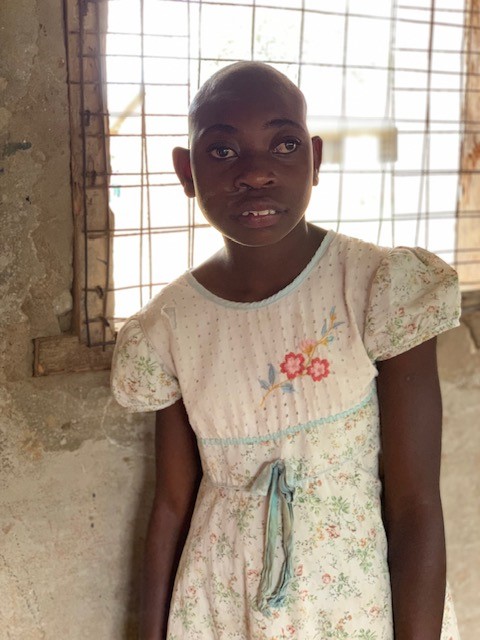 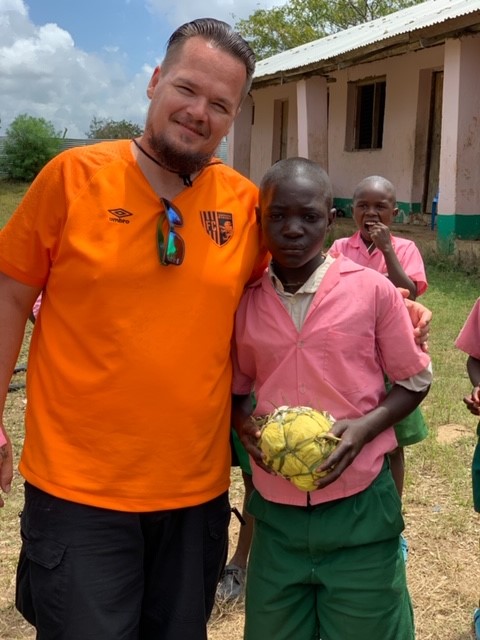 Silas and his team have tried numerous times to connect with Grant Victor Cares and Koins for Kenya because he has seen the schools and impact that this partnership has created in the villages we have focused our efforts in. Just think about that for a moment, Silas is here trying so hard to provide for the students of his school and sees the success of the Grant Victor Cares/Koins for Kenya partnership he has tried for two years to get our travel team to come visit his school in hopes that we can help in the future. Every dollar donated makes such an impact here.

Once our visit was concluded we traveled as quickly as we could back to Mama Kamoti’s home to grab some supplies for Makobeni Primary School. This school is a previous Koins for Kenya school. We arrived and immediately it became apparent that some of the children had either figured out or been told that we would be coming. As a result the children met us on the road as we drove in yelling Jambo Muzungoo (hello white visitor). When we stopped and unloaded the van the children grab our hands and walk us the rest of the way into the school. We again handed out supplies and seperated into different teams to go and teach our chosen lessons. This was great fun these children are smart as a whip and twice as clever there is absolutely no fooling these children; that is unless you have the Marvelous and Magnificent Spencer Matthews and his amazing vanishing trick. (Full disclosure the first time I saw it had no idea where the cloth had gone either) This was a staple during our trip that Spencer and Burt Matthews took turns preforming and also in full disclosure there were at least a few times that a child or two spotted the trick and were not fooled in the slightest. After the lessons were concluded we had some time to hang out a play with the children so I took that as a perfect opportunity to present the head teach with footballs for the boys and one one for the girls.

Our visit to the Makobeni Primary School was over far too soon. It was time to head back to Mama Kamoti’s home, but we made a quick detour to the nearest bazaar Mazeras at this point of the visit it is such a welcome stop as many of us survive normal life on caffeine of some type. So we pulled into the same Kenyan convience store we stopped at during my previous visit with Koins for Kenya. After we bought some snacks as well as the MUCH loved black currant Fanta. (There really should be a national campaign to bring this to the states but, I’m off track)
We walked through the bazaar lit mainly by fire light with the small shops lit with electricity. Some of the party purchased some various gifts for friends and famies back home. Thankful for the time to stretch our legs we all climbed back in the vans to travel back to Mama Kamoti’s home. Most of us were pretty spent at this point but the children of the village were so happy to see us we decided to break out the LED football Spencer brought along with some large glow sticks that we could put around our necks to help us see all the players. We also took some solar lights to help identify the goals and sidelines. We divided into teams completely at random and got to it. If you can take a moment close your eyes and imagine seeing a bunch of us and the children nearly invisible other than the large glow sticks around our necks. The pitch we were playing on was not what we would be familiar with as there were many places where rain run off caused small or large areas of uneven ground. I will omitt the final score but say that Jory’s and Jacob’s team won. Once we gathered up the lights and ball it was time to gather for role call so we could make sure all of the children and all of us were accounted for. While we were gathered Rhet took his shirt off and Martin slapped his belly and said “here this means MANY MONIES”. We all got a great laugh about that and began the hike back to our refuge Mama Kamoti’s home. Tomorrow will be our last day at Mama Kamoti’s home it is with great appreciation and sadness that I close with acknowledging this fact.
Asante Sana for all you assistance and support!! 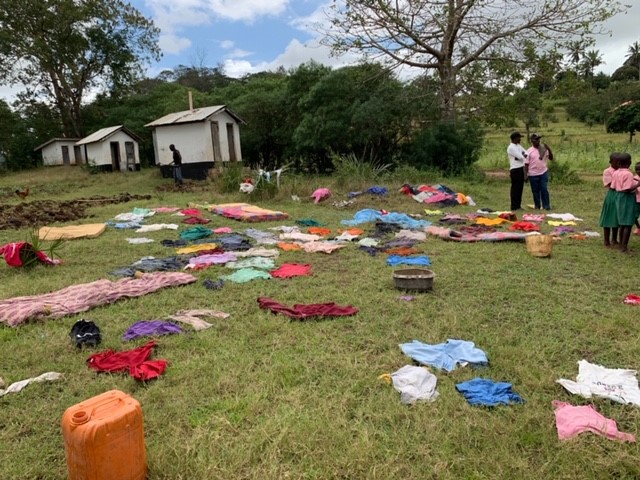 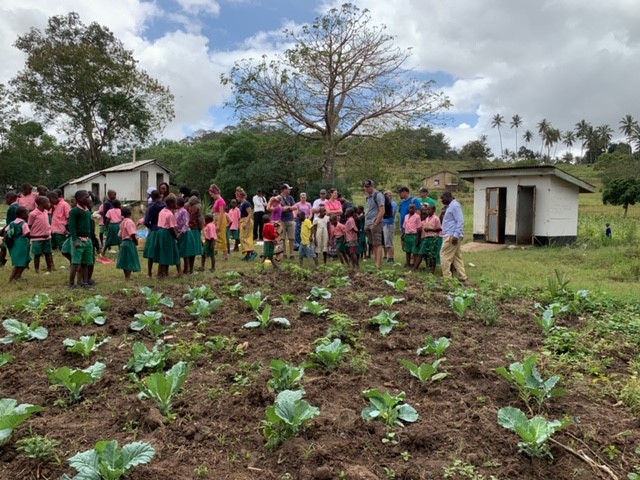