We started our day delivering supplies to Kasidi High School. The students were in class studying and doing lab work as it is an achievement to make it to High School. The administration was extremely appreciative of the school supplies and Days for Girls packets. As we were preparing to leave they wanted a group picture and asked when we would come back.

The next stop was at a Dispensary (medical clinic) where we dropped off the last of the ibuprofen, children’s blankets and medical supplies. As we visited with the head nurse, we learned that they’ve been out of ibuprofen since the last donated pills ran out (almost a year ago). We also learned that this clinic delivers thirty babies a month. Just like the clinic we visited yesterday there were a lot of villagers waiting to been seen by the medical staff. We handed out pencils with dum dums taped to them just like yesterday to each person waiting. The pencils and dum dums were donated by Preston Scarborough which he collected as part of his eagle project.

On our way to the Kanyumbuni school where we would teach for the last time we found a school along the road and felt the need to give them a futsol (small soccer) ball. Burt also donated some children’s books donated by his neighbor to the head teacher. Since we still had a lot of pencils and dum dums left, we handed one to each child in this school. We were surprised about how polite these children were and waited for one to be handed to them rather than pushing each other and swarming us. Glade and Katelyn performed a little magic by taking a picture with a Polaroid style camera that would spit out a picture that develops. The teachers said it was a miracle to see the picture appear.

We arrived at the Kanyumbuni school along with some dignitaries who would participate and speak in the handing over ceremony at the Kangakamo school. The excitement was so high for the entire school of 460 students. The classes were so much larger than the prior days. The weather was a bit windy so when Jory and Brandy took their class outside to fly the paper airplanes, the wind carried them longer distances.

After leaving Kanyumbuni we made the short drive to Kangakamo for the handing over ceremony. The children, their mothers and teachers greeted us a few hundred yards from the village and sang songs very loudly as we walked to the school, this was a huge event for them. We were escorted to sit under a large tent in front of the school for the handing over ceremony to begin. We were treated to a program with so many different performances. We heard from the children’s school choir, poems, traditional dances where we were asked to participate. Kelly has the moves so she was asked over and over again to participate. Prior to the dancing, they invited all of Grant Victor team members to be dressed in traditional clothing and given a Kenyan name that represented someone in the village heritage. As part of the name giving, they asked us to say the name over the microphone. After receiving our names and clothing we were given three goats as gifts, one for Grant Victor, one for Crossfit and one for the Littlefield family (Steve’s family). 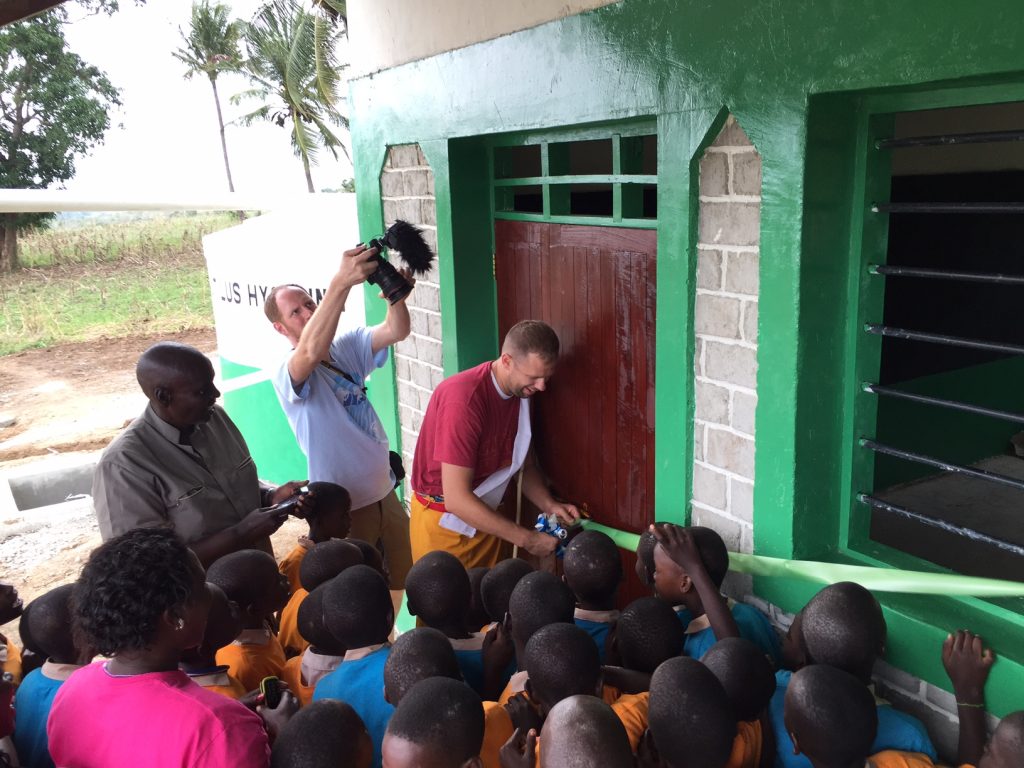 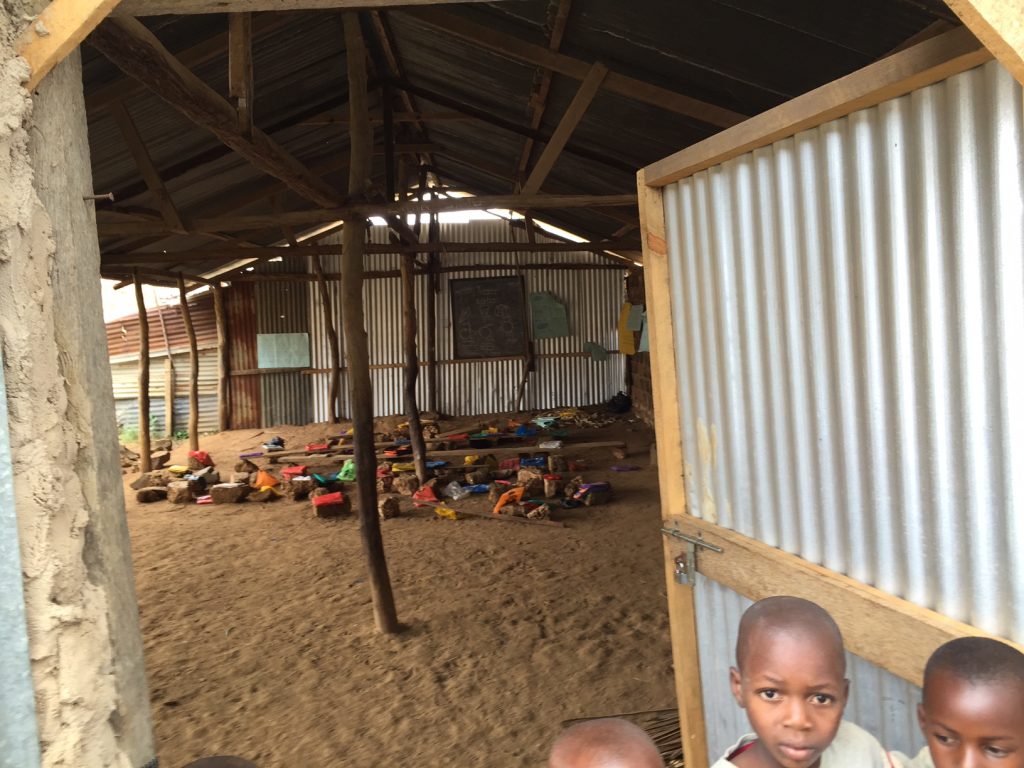 After the presentations we heard from a number of political and education officials. Prior to Todd, TJ and Steve speaking and handing over the classrooms for Grant Victor, Crossfit and the LIttlefield family, we heard from Mister Kamoti, a Member of Parliament. It was an honor to have him there. We have been staying in his mother’s house the last week. They have been so kind and generous.

Once the ribbon cutting was done the final part of the ceremony was to plant a tree in front of each classroom in the flowerbeds. The entire ceremony took over three hours. We ended our time in Kazameni by handing out more candy, toys and other items to the children.

What a miracle it was to see this school finished and delivered to the people of Kazameni.

A few updates from Trevor from the previous day. He left Monday morning and went to spend the day and night with a Kazameni family. The father of the family is Job, a former nurse who speaks very good English and is a leader in the village. He helped Trevor get around the village to meet and interview families, teachers and children. Trevor commented today that the highlight of his time in Kazameni was being able to see the same people and recognize them as they recognized him at the handing over ceremony. The conditions for Trevor were tight as he slept in Job’s family home. He took a separate mattress to sleep on but they didn’t want him to sleep on the floor and insisted he sleep in one of their beds. He commented that during the night a spider tried to join him in bed but couldn’t due to the mosquito net that tucked up Nader the mattress. He named the spider Jim as it was almost the size of his hand 8 – 10″.

The work Trevor did was vital to telling the story that will be part of the final video so we won’t give too much detail but one thing did happen that won’t make the video. Job and his family were extremely hospitable, insisting Trevor take a shower. As we’ve driven from village to village we’ve seen small 3′ X 3′ palm leaf structures that serve as bathrooms and showers. Trevor went to the shower built by this family with his solar powered flashlight to take a shower after dark. He quickly realized that the shower only had three sides and Job insisted on guarding the one side. Trevor was the first white man to stay overnight in their village. They followed him everywhere and while showering, he heard kids giggling as he showered. Job did his best to chase them away.

This expedition has been long but has gone so fast. We are sad to not be able to return to the villages and do more with the children but this must come to an end so we can prepare for our journey home.